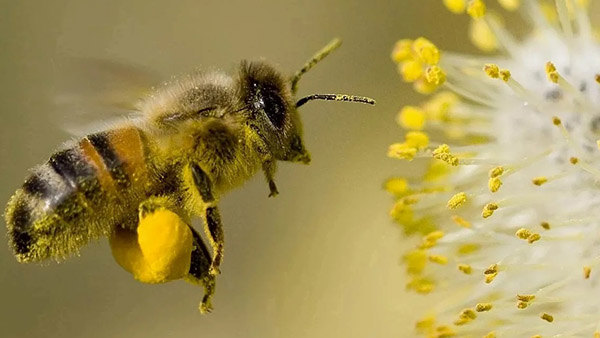 Australian scientists say the venom from honeybees has been found to destroy aggressive breast cancer cells in a lab setting.

The venom – and a compound in it called melittin – were used against two cancer types which are hard to treat: triple-negative and HER2-enriched.

The discovery has been described as “exciting”, but scientists caution that further testing is needed.

Breast cancer is the most common cancer affecting women around the world.

While there are thousands of chemical compounds which can fight cancer cells in a lab setting, scientists say there are few which can be produced as treatment for humans.

Bee venom has previously been found to have anti-cancer properties for other types of cancer such as melanoma.

The study by the Harry Perkins Institute of Medical Research in Western Australia was published in Nature Precision Oncology, a peer-reviewed journal.

What did the researchers find?

It tested venom from over 300 honeybees and bumblebees.The honeybee extracts were found to be “extremely potent”, said Ciara Duffy, a 25-year-old PhD researcher who led the study.One concentration of the venom was found to kill cancer cells within an hour, with minimal harm to the other cells. But the toxicity increased for other dosage levels.

The researchers also found the melittin compound on its own was effective in “shutting down” or disrupting cancer cell growth.

While melittin naturally occurs in honeybee venom, it can also be synthetically produced.

Traditionally, triple-negative breast cancer – one of the most aggressive types – has been treated with surgery, radiotherapy and chemotherapy. It accounts for 10-15% of breast cancers.

Could it be used in the future?

On Wednesday, Western Australia’s chief scientist described the research as “incredibly exciting”.”Significantly, this study demonstrates how melittin interferes with signalling pathways within breast cancer cells to reduce cell replication,” said Prof Peter Klinken.”It provides another wonderful example of where compounds in nature can be used to treat human diseases.”But the researchers warn more work is needed to see if the venom could actually work on scale as a cancer-fighting drug.Other cancer researchers concur. “It’s very early days,” said Associate Prof Alex Swarbrick, from the Garvan Institute of Medical Research in Sydney.”Many compounds can kill a breast cancer cell in a dish or in a mouse. But there’s a long way to go from those discoveries to something that can change clinical practice,” he told the BBC.